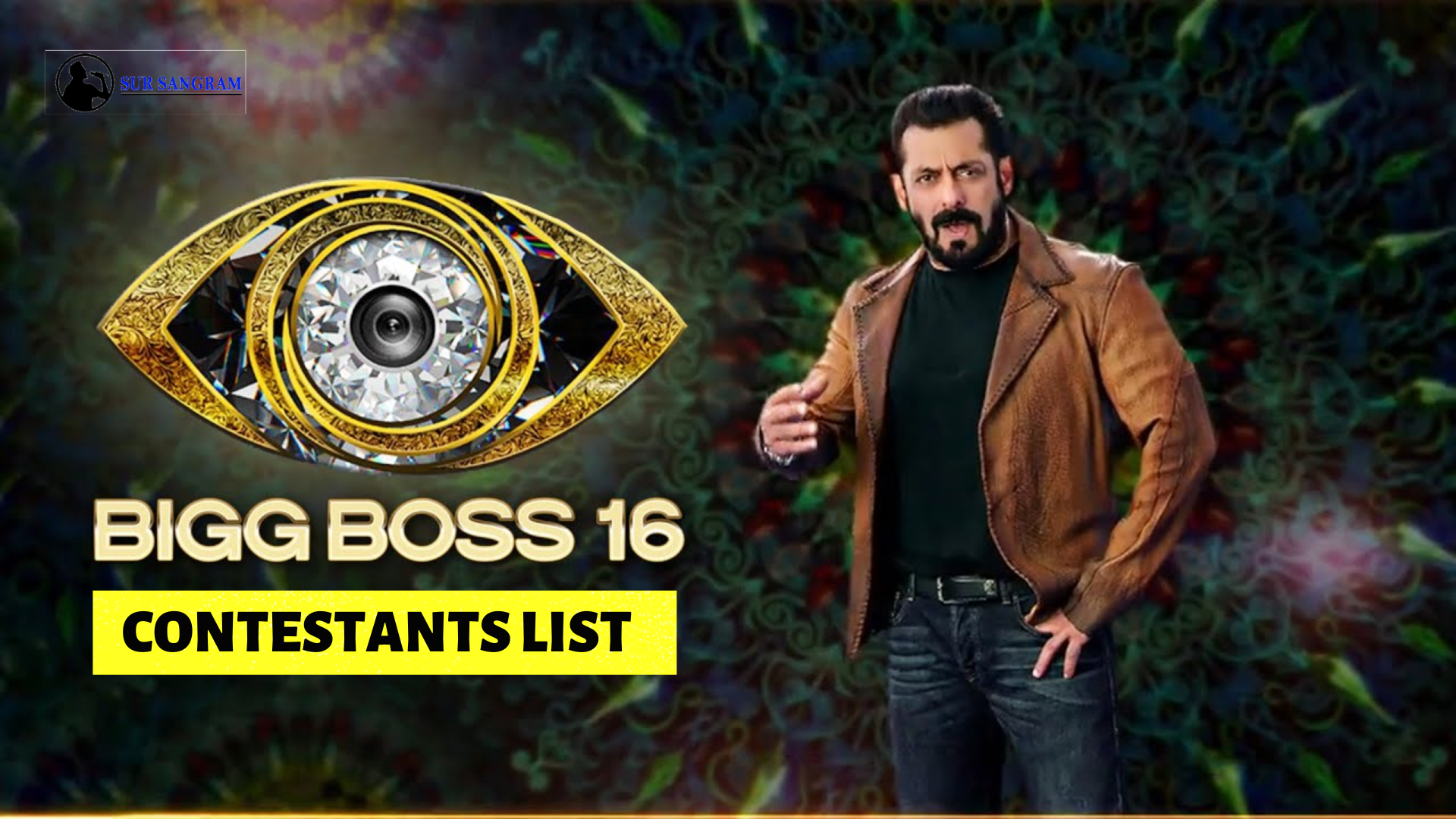 There is humor, intrigue, drama, and controversy aplenty on the Bigg Boss Season 16 show. Because of This high level of entertainment, the Bigg Boss television program has a high TRP rating.

We may gauge the popularity of this program by the fact that numerous Bollywood actors have Competed in Bigg Boss.

The Bigg Boss experience also allows the celebrity’s actual nature to emerge, as opposed to just how they present themselves to the public.

Bigg Boss Season 16’s theme is “Upside Down,” thus everything will be the opposite of what it was in the previous seasons.

The Bigg Boss producers look for contenders who can keep the audience engaged each year. No different this time.

Viewers will watch well-known celebrities, including some with contentious pasts, on Bigg Boss 2022 Season 16.

Here is a sneak peek at the Bigg Boss 2022 Season 16 reality show contestants list, its telecast and timings, and more.

Bigg Boss Hindi 2022 cast as usual is a hefty one like every year. Bigg Boss Season 16 contestants are all quite popular in their own fields and have made their mark in the entertainment industry. Below is the list of 16 outstanding and competitive contestants.

We will keep updating the list about the status of the contestants as and when they get eliminated.

On October 1, 2022, Colors TV and Voot began airing Bigg Boss 2022 Season 16, which has already made a splash on our television screens.

The broadcast times are:

Bigg Boss Host and Salman Khan have become a synonym. For the 13thtime in a row, Salman Khan is once again hosting Bigg Boss 2022 Season 16.

No Bigg Boss fan can picture the show without him as the presenter. Bigg Boss is incredibly intriguing interesting, thanks to Salman Khan’s charisma and his captivating hosting abilities.

With that said, many things have changed this time around, notably “Weekend Ka Vaar,” and so there is a twist with the hosting of Bigg Boss 2022 Season 16. Salman Khan will now host the show on Friday and Saturday.

Shekhar Suman, a well-known television personality, will be seen presenting the contentious reality competition Bigg Boss 16 on Sunday at 9:30 p.m. in Salman’s absence.

The Bigg Boss Hindi format calls for no judges on the program. Only the other contestants and the audience will decide who leaves the Bigg Boss house.

Contestants are nominated by their housemates for eviction each week. Votes from the audience are cast in favor of the contestants whom they want to keep from being eliminated.

Per viewer, there is a daily limit of ten votes. A contender loses if they receive the fewest votes. If a competitor breaks the rules or withdraws due to a medical emergency, they are removed from the competition.

The Grand Premiere of Bigg Boss 2022 Season 16 happened on October 1, 2022, at 9:30 p.m. on Colors TV. The show is already in its first week and the contestants are already in the elimination round.

The new captain of the Bigg Boss 16 house is Sajid Khan (👮).

Stay tuned for all the latest News and updates about Bigg Boss 2022 Season 16.

There was no elimination this week in Bigg Boss Season 16 on the 28th and 29th of October 2022. While Salman Khan made fun of Abdu’s fake eviction.