Gordon Ramsay biography – When we think about a multi-Michelin starred chef, one of the names that come to mind is Gordon Ramsay. Next-level chef Gordon Ramsay is one of the finest chefs in the world who has won many accolades in the field of culinary art.

Gordon Ramsay is a British chef, television personality, restaurateur, hotel critic, food critic, and writer. He has highly acclaimed restaurants and cookbooks under his name.

He is best known for his frankness, use of profanity, fiery temper, and strict attitude that he openly showed in his television appearances on cookery shows.

Biography of Gordon Ramsay Next Level Chef – Gordon Ramsay was born in Johnstone, a small Scottish town, on November 8, 1966. Then, at the tender age of nine years, Ramsay moved from Scotland to England in Stratford-upon-Avon and grew up there. During his growing-up years, he worked at an Indian local restaurant as a pot washer.

He loved playing football and had dreamt of becoming a footballer one day. He played so well that he even got selected for under-14 football, but because of his recurrent injuries and one serious knee injury, he was forced to say goodbye to his football career. 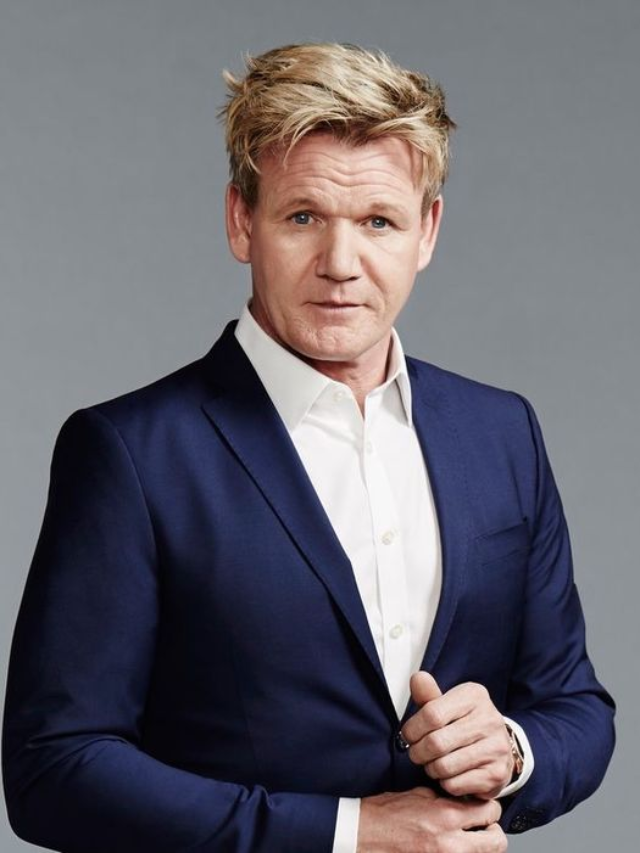 Around his teenage years, Gordon Ramsay developed an interest in cooking, and at the age of 19, he decided to pursue culinary education and got himself enrolled to study hotel management at North Oxfordshire Technical College.

In the 1980s, Gordon Ramsay moved to London and started polishing his culinary skills at Harvey’s Restaurant under chef Marco Pierre White, and at La Gavroche under chef Albert Roux.

At the very young age of 23, Gordon Ramsay traveled to France to work with Michelin-starred chefs Joel Robuchon and Guy Savoy. After returning to London in 1993, Gordon Ramsay became the head chef of Aubergine and went on to win two Michelin stars. Gordon left Aubergine on a bitter-sweet note, in hopes of opening his restaurant.

After this, there was no looking back. He went on to open Petrus and within seven months earned a Michelin star. He opened restaurants that were a great success and won him many Michelin stars. Some of them are La Noisette, Savoy Grill, Maze, and the Boxwood fé.

With the growing success and popularity in 2001, Gordon Ramsay opened his first international restaurant, Verre, in Dubai, United Arab Emirates. In New York City, he opened Gordon Ramsay at the London and Gordon Ramsay au Trianon in Versailles, France. Later on, he also opened restaurants in places such as Australia, Japan, and South Africa.

His restaurants over the years have won him many Michelin stars and were also voted Top Restaurant in the UK. He was appointed Officer of the Order of the British Empire (OBE) by Queen Elizabeth II. Apart from these, Gordon Ramsay has many awards in his name in the restaurant and hospitality field.

The television appearances of Gordon Ramsay took his popularity to another level. His attitude, fierce temper, bluntness, and use of profanity he openly showed on television also make him popular. He has also presented and hosted many competitive cookery shows like Hell’s Kitchen, Ramsay’s Kitchen Nightmares, and The F Word.

These were all the British versions. He presented the American versions of Hell’s Kitchen, Kitchen Nightmares, Master Chef, MasterChef Junior, Gordon Behind Bars, Hotel Hell, Gordon Ramsay’s 24 Hours to Hell and Back, and last but not least Next Level Chef.

The format of this show is very unique and that’s what makes it different from other cookery shows. Gordon Ramsay’s Next Level Chef trailer helps you explain the format very well. You can watch this on YouTube and the FOX channel. Gordon Ramsay Next Level chef streaming is currently available on https://www.fox.com/next-level-chef/ where you can watch all the episodes of the first season. The Gordon Ramsay Level show can also be viewed on fuboTV, Hulu Plus, Amazon Prime Videos, and Tubi TV.

Q. Where to watch Gordon Ramsay’s Next Level Chef?

Ans- Gordon Ramsay Next Level Chef is currently being streamed on their official website: https://www.fox.com/next-level-chef/ where you can watch all the first season’s episodes. It is also streamed on fuboTV, Hulu Plus, Amazon Prime Videos, or Tubi TV.

Q. How many restaurants does Gordon Ramsay own?

Ans – Gordon Ramsay owns a total of 54 restaurants globally. Out of these 35 are in the United Kingdom, and the rest are in the United States, United Arab Emirates, Australia, South Africa, France, Hong Kong, and Japan to say a few.