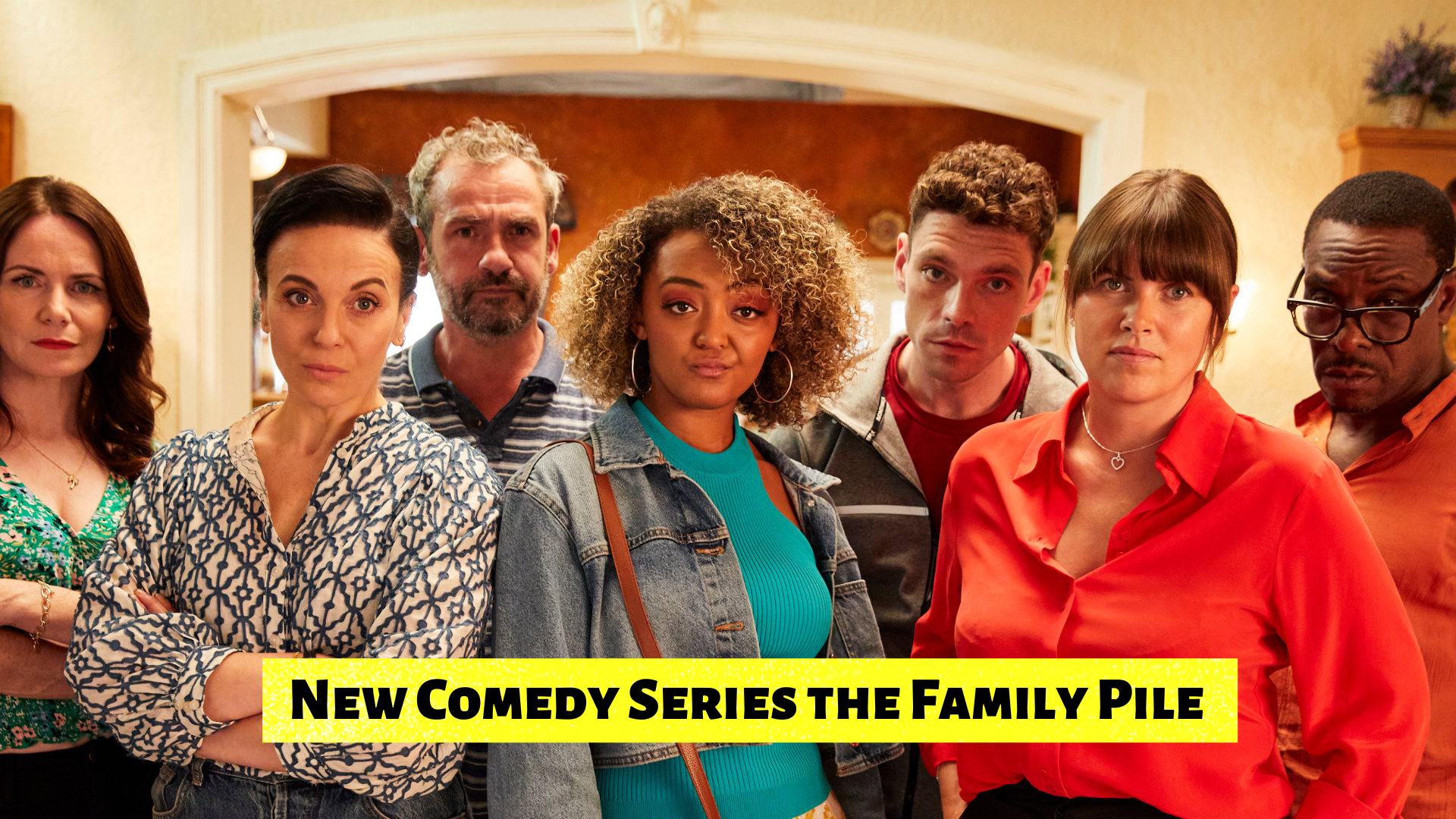 The story revolves around four sisters who are grieving their parents’ deaths and are the focus of this 2023 comedy. As they leave their house, they will encounter a variety of difficulties but not without a dose of humor.

These four sisters are getting ready to sell the family house after their parents’ deaths. But even amid the sadness, their chaotic lives continue and that is what is shown in The New Family Pile series, adding relatable humor as the series progresses.

Following a genre of a sitcom (situation comedy), this rather small series is unique and very light-hearted. This is a six-episode series with a run time of approximately 30 minutes for each episode.

As stated above, this sitcom will be screened on ITV which is the official channel. The Family Pile ITV series will be produced by Hat Trick Productions, A well-known production company, and producers of hit shows which are currently running in the UK such as Bloodlands, Dinner Date, Mastermind, etc.

The producers of the Family Pile ITV show are Angela Sinden, Phil Warburton-Leach, and Jimmy Mulville.

The writer of the show is none other than Brian Dooley, who is a famous writer and actor in the UK. He is also known for his writing work for the show The Smoking Room.

The Family Pile ITV cast involves some of the big and famous names in the world of entertainment. The series will star Amanda Abbington, Clare Calbraith, Claire Keelan, and Alexandra Mardell as four sisters.

Amanda Abbington is a fine English actress known for her best work in the television series Mr. Selfridge and Sherlock. Clare Calbraith is known for her work in Home Fires and the famous British historical drama Downton Abbey.

The other casts of the series are Kieran O’Brien, James Nelson-Joyce, and Richard Pepple and they too are well-established actors in the television world, having appeared in many leading English TV soaps and series.

A comedic examination of grief follows two sisters who have lost their parents and are packing up the family home to sell.

The Family Pile release date is yet to be announced by the official ITV channel and Hat Trick Production Company. As per the official announcement by the channel, this comedy series is gearing up to be Aired sometime in 2023.

Ans- Yes! the Family Pile is coming in 2023 as per the announcement made by the official channel ITV and the production company Hat Trick.

Q. Can I watch The Family Pile on Netflix?

Ans- As for the latest update, The Family Pile is not available to be watched on Netflix. This show is yet to be aired on TV, so let’s wait for it to be released in 2023 and see if it airs on Netflix too apart from the official channel, ITV.

Keep checking this page for updates regarding the show “The Family Pile.”