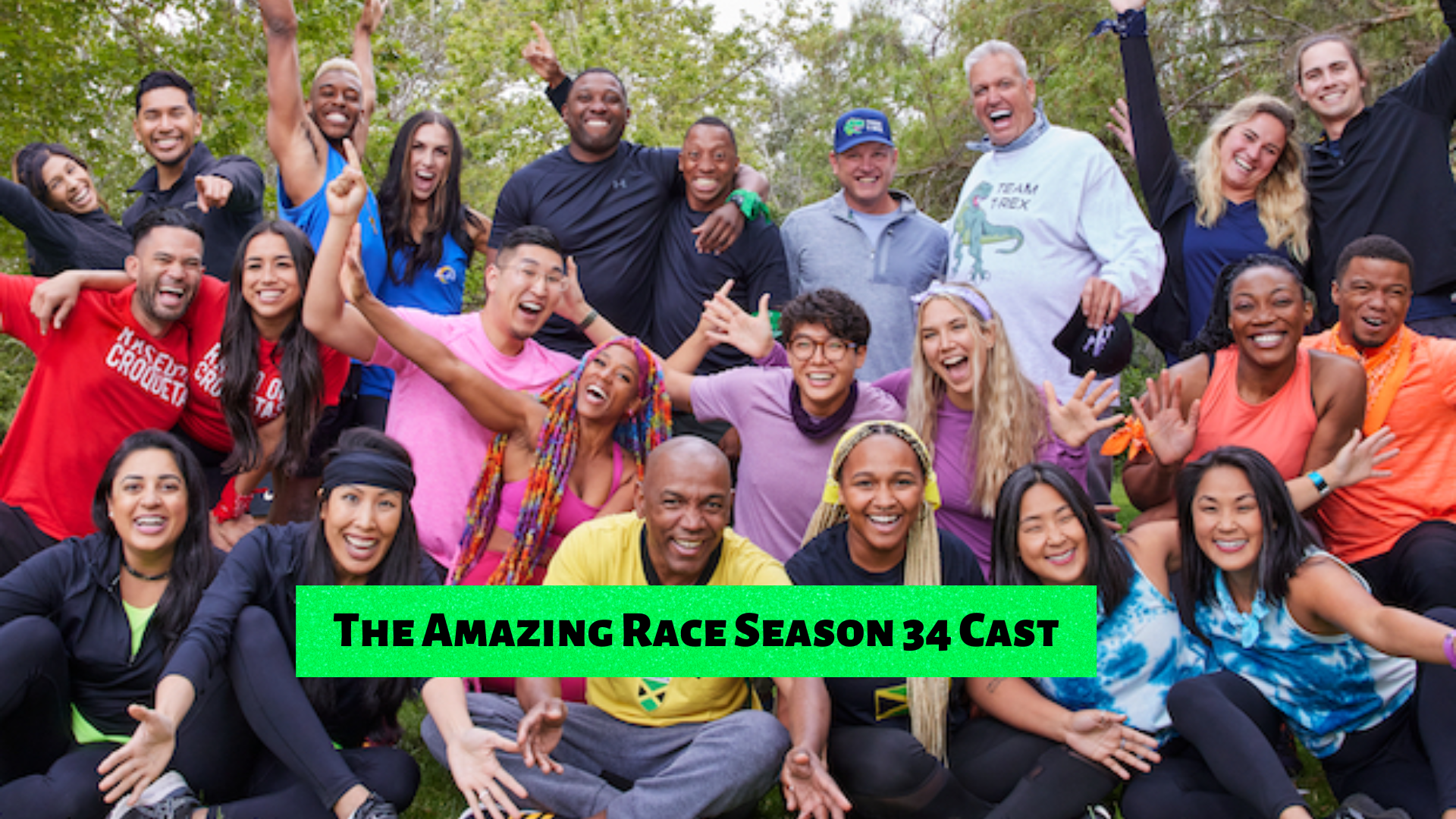 Get a First Look at the Amazing Race Season 34 Cast, which includes a Big Brother couple, an ESPN analyst, and long-lost twins. A new international starting line will be introduced for the 34th season of The Amazing Race, among other franchise firsts.

The 34th season of The Amazing Race will feature several franchise firsts, beginning with the addition of an international starting line.

Non-elimination legs are also being phased out in Season 34. According to the official release, “with one team eliminated at the end of each leg, it will be one of the most grueling races in the show’s history.”

Teams will be in for a surprise when host Phil Keoghan teases a game-changing element in the first leg of the race, says the website.

where teams will ride a train and experience a scene reminiscent of the 1963 Academy Award-winning film Lawrence of Arabia, perform Jordanian folk dance, and learn the Arabic alphabet.”

Scroll down for a closer look at the new Racers — and don’t forget to press PLAY on each to watch their intro clips — and then tell us who you’ll be rooting for in the Comments.

Meet the cast of The Amazing Race season 34 – In the NFL, they say that speed kills. Now it’s up to The Amazing Race to see if a former NFL head coach can sprint his way to a million dollars.