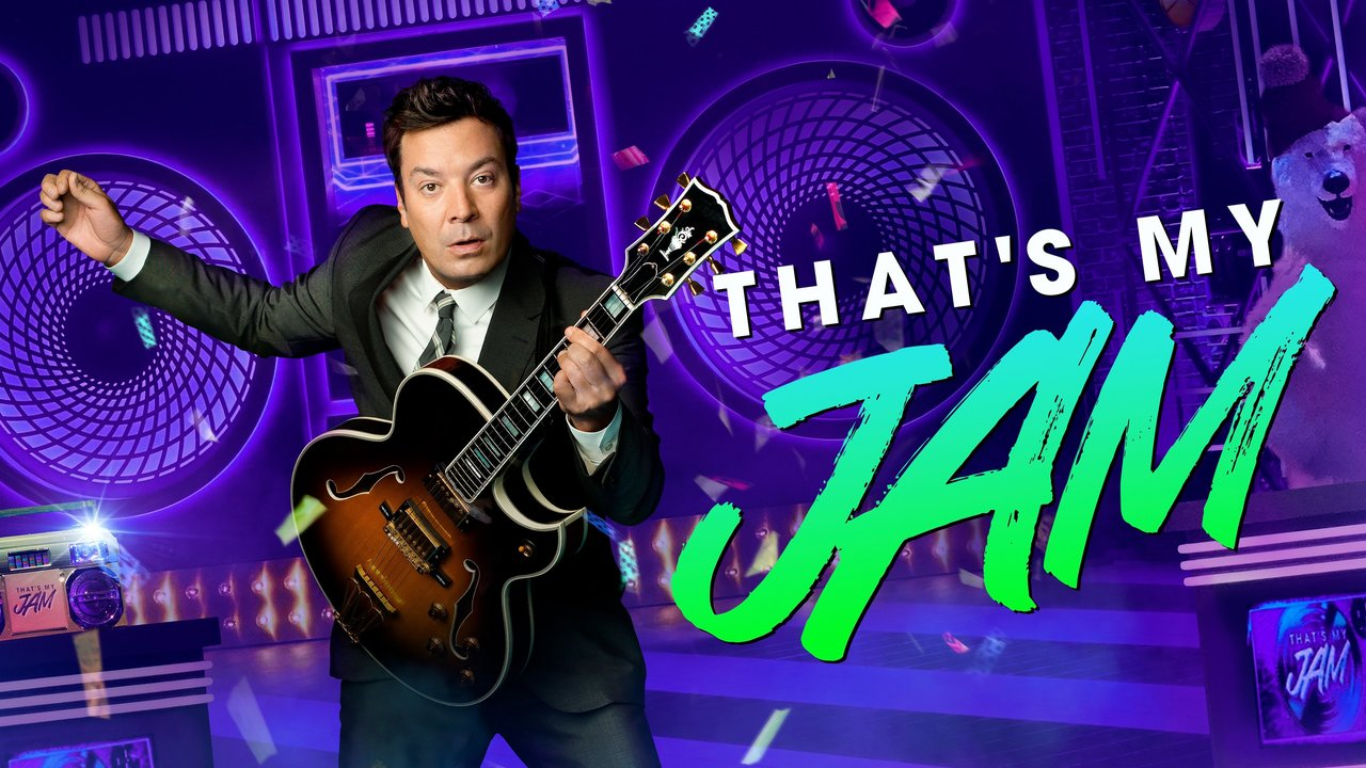 The first episode of That’s My Jam Season 2 will be an hour-long holiday special starring a number of Saturday Night Live alumni. This special episode will air on December 5, 2022, and will feature festive variations of the fun games we saw in Season 1.

The decision to renew the program comes after a successful first season that, according to NBC and Nielsen, was the network’s best-ever digital launch for a non-scripted program with more than 250 million views across all linear, digital, and social platforms. 8.3 million people watched the first episode, which also received a 2.1 rating in the 18-49 demographic.

About That’s My Jam

Jimmy Fallon-hosted That’s My Jam is nothing but a spinoff show that will feature a few of the musical segments taken from The Tonight Show including “Turn the Beat Around, More Than a Feeling, Undercover Covers, Wheel of Impossible Karaoke, and Doombox” to name a few.

Additionally, it will also be featuring tons of celebrity guests, like Blake Shelton, Kelly Clarkson, and John Legend. Every edition of the show includes two teams of two celebrities battling for a charity of their choice in a series of music, dance, and trivia-based games and musical performances.

Expected Cast to Return for That’s My Jam Season 2

As the host, Jimmy Fallon will undoubtedly be back for That’s My Jam 2023. Regarding the remaining celebrity guests, it’s possible that other NBC Network stars will make an appearance as well given the show is broadcasted by NBC Network.

As for That’s My Jam Season 1, and many of the fans may sure be remembering it, The Voice coaches Ariana Grande, John Legend, Kelly Clarkson, and Blake Shelton appeared in the premiere episode of the show.

Not only these, but the artists who also graced the stage were Terry Crews, the host of America’s Got Talent; along with singer Chance the Rapper; the former actress of Empire, Taraji P. Henson; the star of Truth Be Told, Kate Hudson; artist Bebe Rexha; and many more.

We’ll be on the lookout as to when NBC releases the official season 2 guest list, so keep visiting this page for all the up-to-date information regarding That’s My Jam 2023.

Having said that, NBC has not disclosed any information for That’s My Jam 2023 number of episodes or the guest contestants.

Trailer for That’s My Jam Season 2

That’s My Jam Season 2 has no trailers yet which has been showcased on the NBC network channel, NCB app, or Hulu. Since the show will be premiering on March 7, 2023, one can expect the trailers to hit the screens somewhere around a month or 15 days before the premiere.

Q. How can I watch and stream That’s My Jam Season 2?

A. That’s My Jam Season 2 will be broadcast on NBC at 10/9c and streamed on Peacock the following day.

If you don’t have the time to watch new episodes of That’s My Jam when they air, there are other ways to do so.

On the NBC app or the network’s main website, you may watch it live. Hulu also offers episodes on its website and Hulu app.

Live streaming of the show is always available through platforms including YouTube TV, Sling TV, and fuboTV.

Q. When is That’s My Jam Season 3 coming back?

A. As of now, the production house is preparing and is all set to premiere That’s My Jam Season 2 with the special festive episode coming on December 5, 2022, and the actual show beginning on March 7, 2023.

But looking at the show’s rating across all linear, digital, and social platforms, the show might get renewed for the third time. The creators of the show will finalize this only after the conclusion of That’s My Jam 2023 Season 2.

We will be updating our page as and when we get any information about the renewal of the show for the third season, so don’t forget to check this page out for all the updates regarding the show.